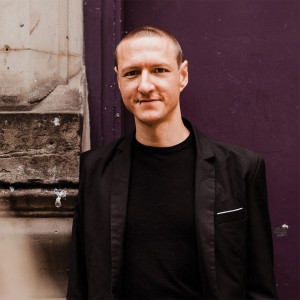 Author of the Janthopoyism Bible

Spawned in South Africa and now homeless as a nomadic something or other, Jared Woods does whatever he wants. While obsessing over common denominators across areas of mysticism, philosophy, quantum science, and the self-improvement movement, he accidentally uncovered a brand new religion, and Janthopoyism was born.

The Janthopoyism Bible is Jared Woods’ fourth publication, following the fictional novel This Is Your Brain On Drugs, the music journalism guide The 250 Best Albums of the Decade (2010 - 2019), and the self-help book Heartbreak Sucks! How to Get Over Your Breakup in 30 Days. As a scriptwriter for the YouTube channel Pencilmation, millions of people watch his work every day, with scripts surpassing the 100 million mark. An additional million-plus viewers have enjoyed his blog, Juice Nothing.

Further creative projects include the one-panel comic #legobiscuits, composing solo music under the name Coming Down Happy, “singing” for the band Sectlinefor, and producing a film called Definitely Not a Cry For Help which is already partially on YouTube.